Keep in mind that this wiki is unofficial and is not maintained by Epsitec or TerranovaTeam whatsoever. Therefore, the information on this wiki may be incomplete, not up-to-date, or just plain wrong. The official documentation is in the game itself and is available to view online here. 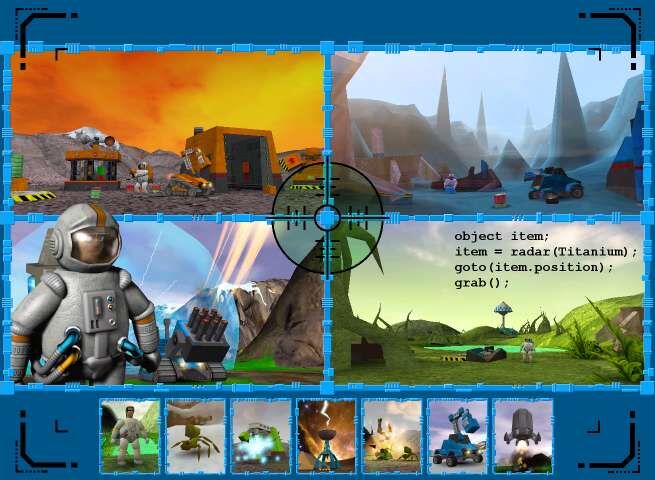 Welcome to the Colobot Wiki[]

Here are some links to get you started: Category, CBOT Language, Variable types.

Colobot (Colonize with Bots) is an educational game aiming to teach programming through entertainment. You are playing as an astronaut on a journey with robot helpers to find a planet for colonization. It features 3D real-time graphics and a C++ and Java-like, object-oriented language, CBOT, which can be used to program the robots available in the game. The game takes place on the Earth, the Moon and 7 other fictional planets. There are a number of missions to complete on each planet. There are also additional exercises, challenges, and programming techniques.

Colobot was originally developed by Epsitec (http://epsitec.ch/) and released in 2001 in several language versions: English, French, German and Polish. The game was further developed in 2005 with a new version named CeeBot, made only for programming robots.

In March 2012, through attempts by Polish Colobot fans, Epsitec agreed to release the source code of the game. The license was given specifically to a community named PPC (Polish Portal of Colobot) with a website at http://colobot.info/. Since then, the new open-source project has been in development, aiming to release a new, refreshed version of the game, known as Colobot: Gold Edition, which will be available for multiple platforms, not only Windows, unlike the original.

Colobot combines both a real-time strategy game and an initiation to programming. You are at the head of a space expedition, assisted only by programmable robots. Your mission consists in successive attempts at the exploration and colonization of various planets.

You will have to search for the raw materials and energy you need in order to survive. As your journey continues, you will be able to build and program new types of robots, which will prove of an invaluable help for the completion of your task. You may also want to know that most of the planets you'll be visiting are crowded with primitive and insect-like lifeforms and that you may be forced into fighting them if you want to stay alive.

Community content is available under CC-BY-SA unless otherwise noted.